Welcome to “Snippet Sunday”.  Thank you for visiting and especially for any comments you’d care to leave.

This teaser comes from my novella, “All’s Fair in Love and War.”  Shelby and Colin have had a one night stand that abruptly ended due to a huge misunderstanding that each blames the other for. Yet, they can’t seem to move on either.  We’re in Colin’s head as he prepares Thanksgiving dinner for his parents and sister:

If only he could forget that night with her, but she kept sneaking back to hijack his thoughts. In his mind’s eye he saw her stretched out nude on her bed, beckoning to him with her finger, her full breasts with their pert rosy tips doing the same. Legs parted just enough to hint of the treasure at their apex, stretched long and silky atop the tangled sheets.

His cock grew rock hard from the memories overwhelming his senses. It seemed to remember her heated depths, the slick tightness waging a tug of war that wouldn’t end until he came inside her. It remembered her sassy mouth that wrapped around and tormented with lips and tongue until once again she stole a little piece of him.

ETA:  I’ve been de-listed from Six Sentence Sunday because I had more than six sentences. I’ve corrected the issue but once you’re out, you’re out, so this is no longer an official Six Sentence offering. Welcome to Snippet Sunday instead!

I’m thrilled to announce that I recently contracted with Evernight Publishing to release this sometime May’ish, so stay tuned! 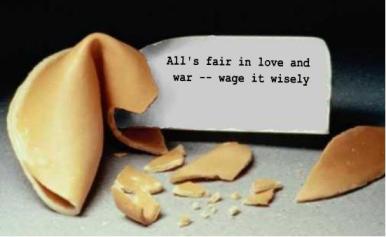 My alter-ego, Claire Gillian, is giving away an ARC of her / my debut novel, The P.U.R.E.  Check out six sentences from the novel first or go directly to the giveaway, but the six is pretty funny and sexy, if I say so myself, and a good representative of the novel’s overall tone and voice. There’ll be a link to the giveaway there too.  Cheers!